I Make the Path: Alice in Wonderland 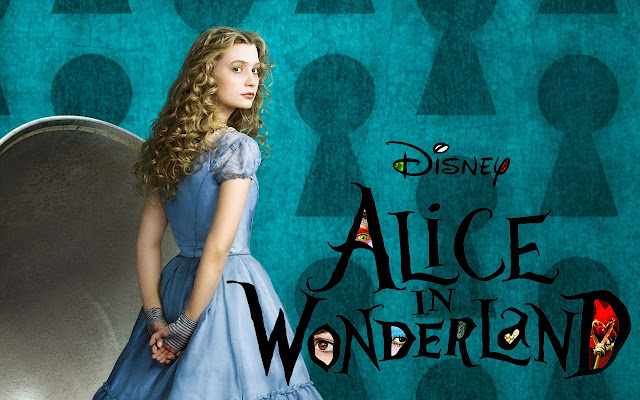 A sequel to Tim Burton's Alice in Wonderland called Through the Looking Glass, is on the way. In 2010, Tim Burton's twist on Lewis Carrol's classic novel came out. 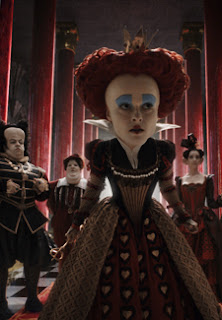 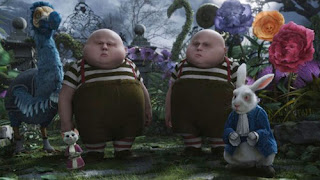 Once upon a time, a young woman by the name of Alice Kingsley is betrothed to a lord named Hamish. For the last several years, Alice has been haunted by a strange dream in which she is falling down a hole followed by the sight of strange creatures. Creatures like a dodo, a rabbit in a waistcoat, and a smiling cat. Alice is somewhat different from the people around her. Just as Hamish proposes to her, Alice sees a white rabbit with a waistcoat and a pocketwatch. "I need a moment," Alice says. She chases the rabbit all the way to a large hole in the ground, and accidentally falls in. Before she knows it, Alice finds herself in Wonderland with everyone debating whether she is the one Alice who they have been waiting for. The Alice who is destined to slay the monstrous Jabberwocky and free Wonderland from the rule of the Red Queen. Is Alice really the champion Wonderland has been waiting for, or is it off with her head?

In almost all other versions we have seen of Alice in Wonderland, Alice is portrayed as a little girl. When Tim Burton creates his take, Alice is now a young adult. Why is this? We have seen a child's reaction to Wonderland, but now Tim Burton is showing us what Wonderland could be like for a grown woman like Alice, or how Alice's view of Wonderland can change once she's all grown up.

Why Alice forgot: In the film when Alice arrives in Wonderland, she has no memory of her previous adventure there as a child. It's like she's never been there before, or knew the people she met there. Why? Alice's world in London makes her time in Wonderland look like nothing but a dream. That could be why she kept having dreams about it. In short, the explanation could be that the reality Alice grow up in pushed away the realism of Wonderland.

Alice lives in a society where girls like her have little freedom. They are expected to marry whoever they are told to, and do whatever they're told. In Wonderland, she gets fed up with everyone telling her that she's the Alice and must defeat the Jabberwocky. "From the moment I fell down that rabbit hole I've been told what I must do and who I must be! I'll decide where it goes from here. I make the path."